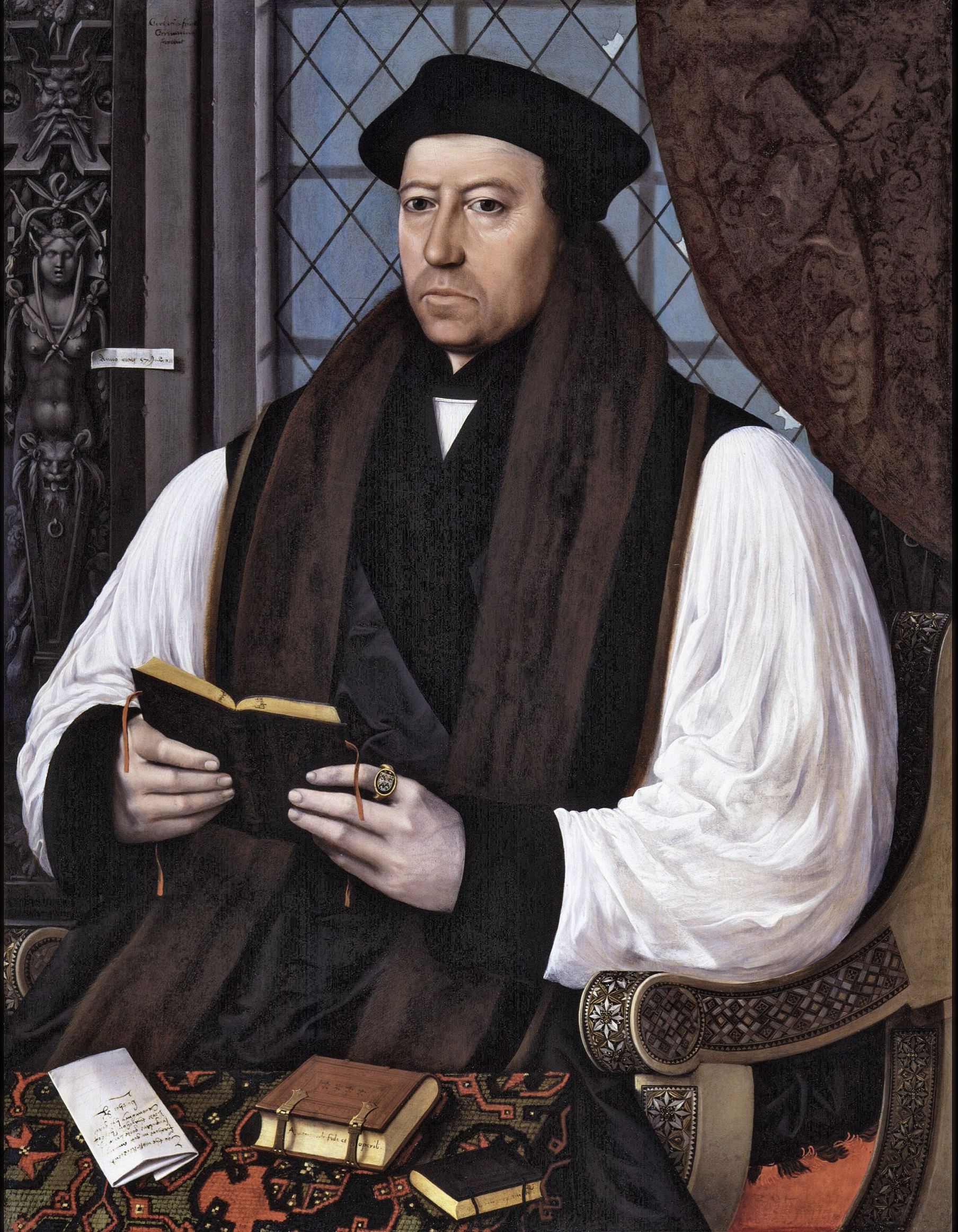 He [Thomas Cranmer] was a genuinely theological liturgist, seeking to enshrine a particular gospel by means of his revision of English worship. If vagueness or ambiguity is a feature of the Book of Common Prayer, such that different parties have simultaneously claimed to find their own theological convictions expressed therein, then that is not Cranmer’s intention.

He [Thomas Cranmer] was a genuinely theological liturgist, seeking to enshrine a particular gospel by means of his revision of English worship.

Cranmer was clear about what he was repudiating, as his charge to King Edward demonstrates (*see below-J.F.). He also clearly was intending the Book of Common Prayer, the Articles of Religion (in his time, forty-two), and the Book of Homilies to be a complementary set, mutually informing one another. The origins of the distinctive Anglican worship—for which it is best known—lie in a clear step away from the worship of the medieval Catholic Church and the theological convictions that it represented.

In relatively recent times, the Latin slogan lex orandi, lex credendi (literally “the law of prayer is the law of belief,” but usually understood as “praying shapes believing” or “praying determines belief”) has been used to suggest that doctrine is subordinate to liturgy. Hence, The Book of Alternative Services of the Anglican Church of Canada (1985) says:

It is precisely the intimate relationship of gospel, liturgy, and service that stands behind the theological principle lex orandi: lex credendi, i.e., the law of prayer is the law of belief. This principle, particularly treasured by Anglicans, means that theology as the statement of the Church’s belief is drawn from the liturgy, i.e., from the point at which the gospel and the challenge of Christian life meet in prayer. The development of theology is not a legislative process which is imposed on liturgy; liturgy is a reflective process in which theology may be discovered.

A number of things ought to be said about this principle, not least that its alleged origins in the ancient church are certainly questionable. It was introduced into Anglicanism in the twentieth century, having been coined in the late nineteenth century by a French Roman Catholic monk named Prosper Gueranger (1805–1875).

But even so, the principle is usually taken to mean (as it is in The Book of Alternative Services) that doctrine is derived from worship, and not the other way around; and that, as a result, theology is a groping to describe the inexpressible experience of worship: it is “a reflective process in which theology may be discovered.” That is both a mistranslation of the Latin and a poor description of the Reformation Anglicanism of Thomas Cranmer.

Cranmer was clearly in possession of a set of theological convictions that he hoped to express through his liturgy.

The Latin phrase is of course reversible, such that “the law of belief is the law of prayer.” Cranmer was clearly in possession of a set of theological convictions that he hoped to express through his liturgy. He knew what he was—and wasn’t—inviting English churchgoers to believe as they worshiped. After all, the first major liturgical change that Cranmer instituted under Edward VI had been the preaching of the doctrinal homilies in the middle of the Latin Mass.

*His archbishop, Thomas Cranmer, is reputed to have charged him with these words: “Your majesty is God’s vicegerent, and Christ’s vicar within your own dominions, and to see, with your predecessor Josiah, God truly worshiped, and idolatry destroyed; the tyranny of the bishops of Rome banished from your subjects, and images removed.” Reformation Anglican Worship, 11-12