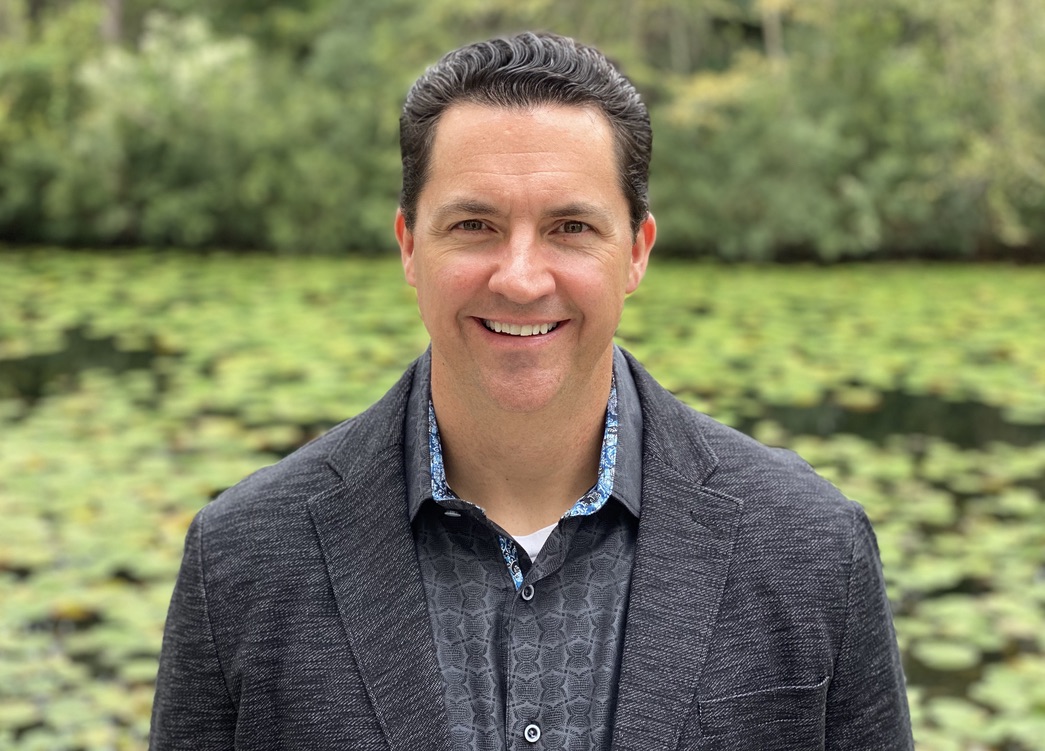 John serves as our Rector (Pastor of a self-supporting Anglican Parish) and he is the Founder and Church Planter of Paramount Church.

He is an Ordained Presbyter in the Anglican Church in North America (ACNA) and serves in the Gulf Atlantic Diocese of the ACNA.

John is from Charlotte, North Carolina. He graduated from Gardner-Webb University (B.A.) and then earned his Master of Divinity, and later studied at Ligonier Academy (Doctor of Ministry). John and his wife, Kathryn, have six children. 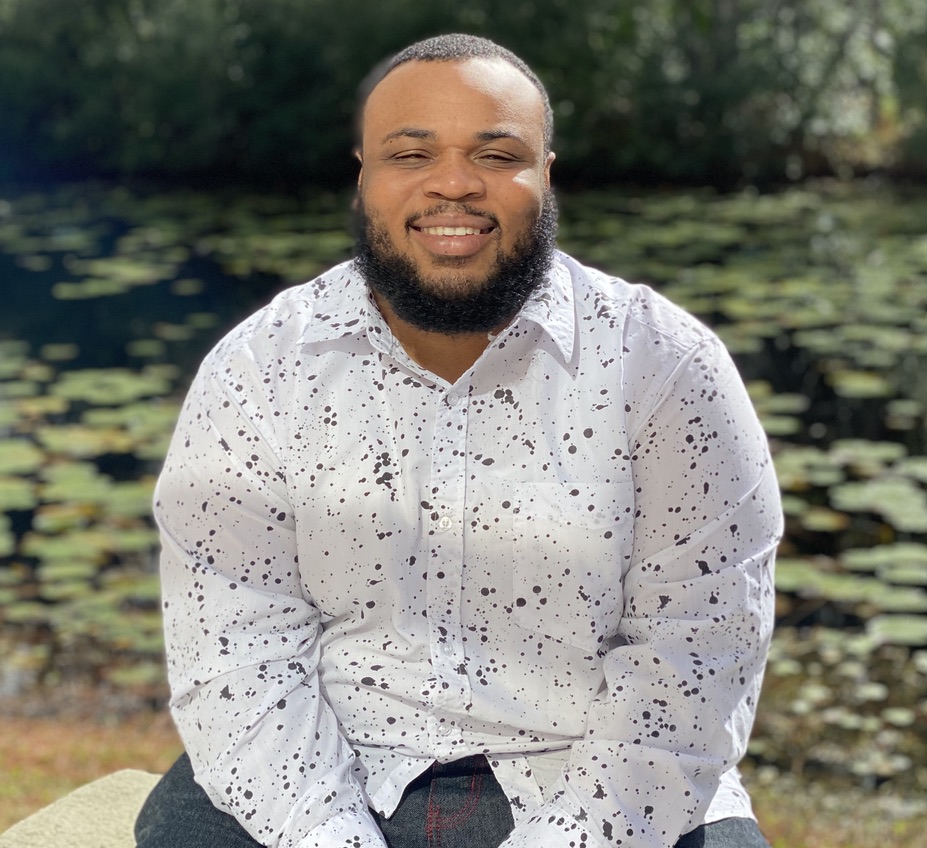 My name is Brian Wilson-McCall, I have been married to my beautiful bride, Chrishane, for 10 years. We have 3 beautiful children: Leiani, Brian Jr., and baby Bridegett.

I grew up in Hastings, Florida in St. Johns County. As far as I can remember I have always been in church. I was converted and saved by Christ at the age of 16. As a young Christian, I struggled with my faith and understanding the fundamentals of the faith. My struggle eventually led me to seek discipleship where I was introduced to the “Doctrines of Grace” and “Reformed Convictions.”

After marrying my wife, Chrishane, I moved to Orange Park, Florida, and became a member at Emmanuel Christian Fellowship Baptist Church. My family and I eventually transitioned to Ortega Presbyterian Church (PCA). Since then I have been a part of two church plants, one in which I completed an internship.

In the Lord’s providence, we were led to Paramount Church. We have been members for over 2 years. We enjoy the gospel-centered preaching along with the emphasis on the sacraments. My wife and I serve at Paramount in multiple capacities from music to small groups. In addition, I am also an Aspirant (one who aspires to ordination) and church planter. We are working towards planting a church on the Westside of Jacksonville in the “Hood,” while seeking ordination as a Pastor in the Anglican Church in North America.

I believe that the Gospel is at the center of all of life and that its implications are to be fleshed out amongst God’s Covenant Community and overflow into the world until Christ returns. Soli Deo Gloria! 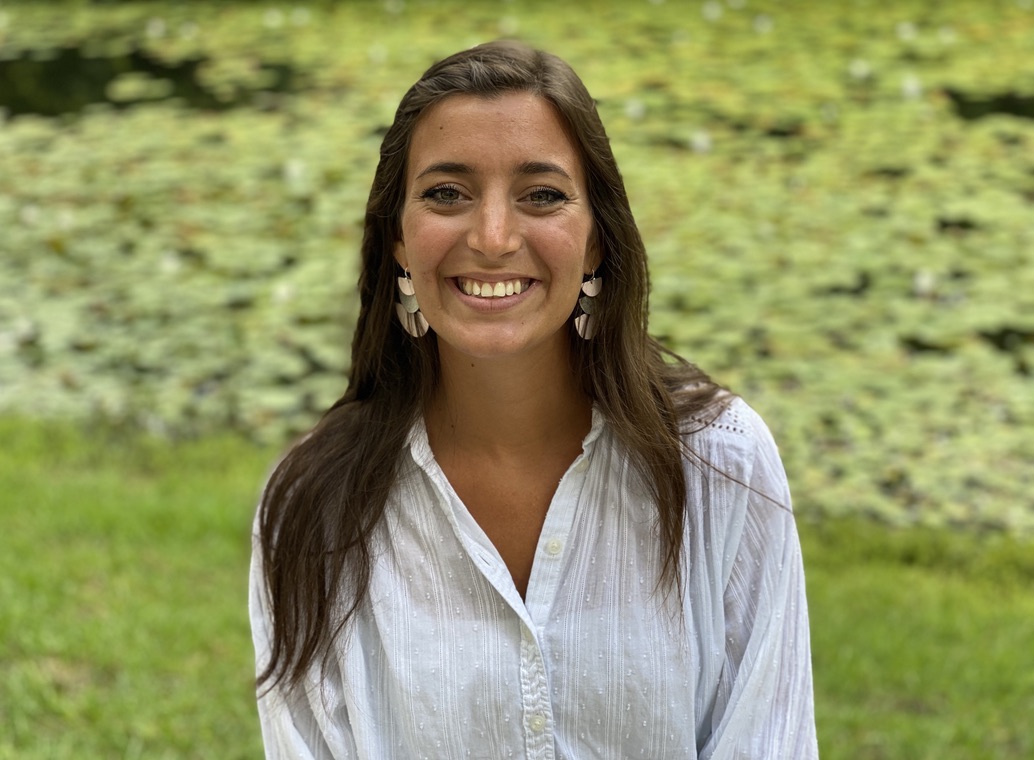 Sierra grew up in Jacksonville. She has been serving in local Anglican churches in music positions for nine years. Her main passion in life is worshiping Christ and showing others Christ’s love through music. Sierra has been married for eight years to her husband Tyler and they have one child. 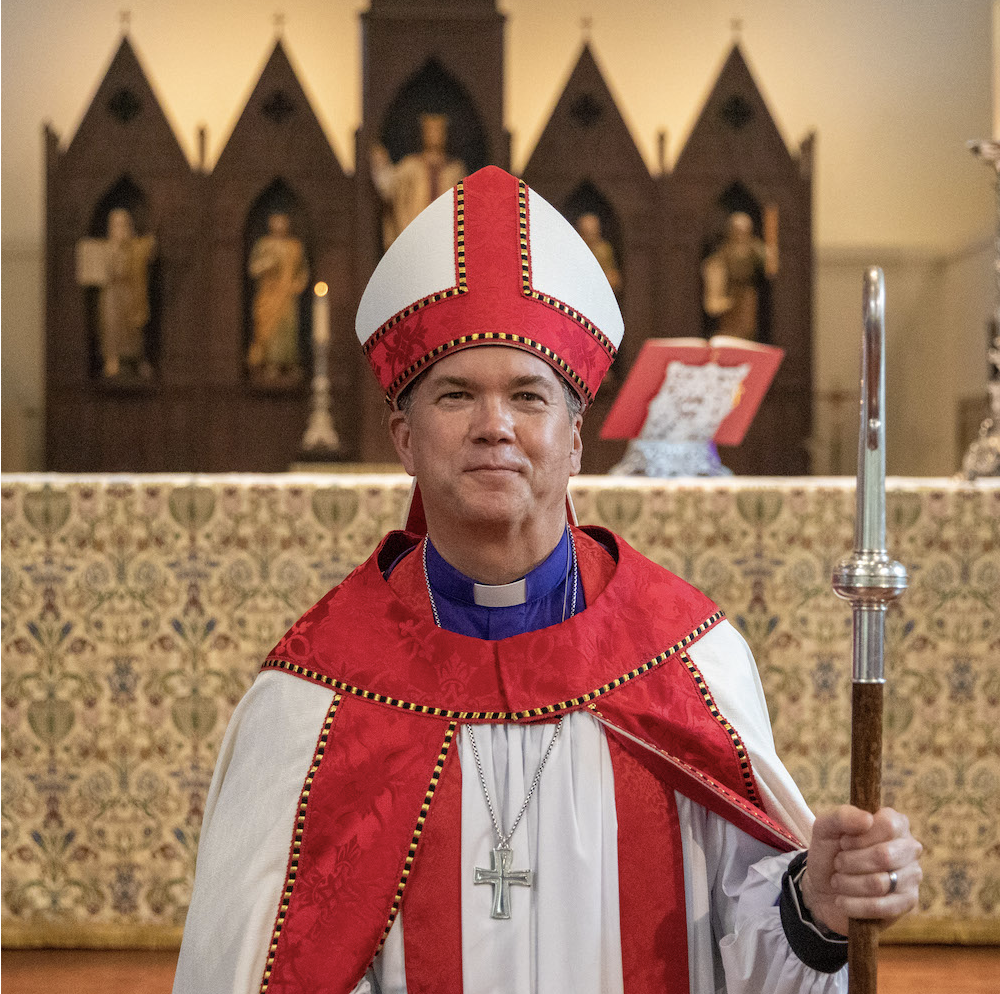 The Rt. Rev. Alex Farmer was consecrated in 2022 as the second bishop of the Gulf
Atlantic Diocese of the Anglican Church in North America.

Bp. Farmer was ordained in 2000 after serving an Episcopal church for three years as a youth minister. In 2002, he was called to St. Michael’s Episcopal Church in Gainesville, Florida, a declining church in need of revitalization. He and the members of St. Michael’s reorganized in 2006 to found Servants of Christ Anglican Church, now a thriving congregation, where he served as rector until just after his election. Bp. Farmer has also served for many years as the priest-in-charge of Camp Araminta, a week-long summer camp ministry of the Gulf Atlantic Diocese. His ministry over the years has focused on the cost of discipleship, the call to unity, and the essential need to be quiet before the Lord–empowered by the Holy Spirit. He has been married to his wife, Jody, for 31 years. They have three adult children and three grandchildren. 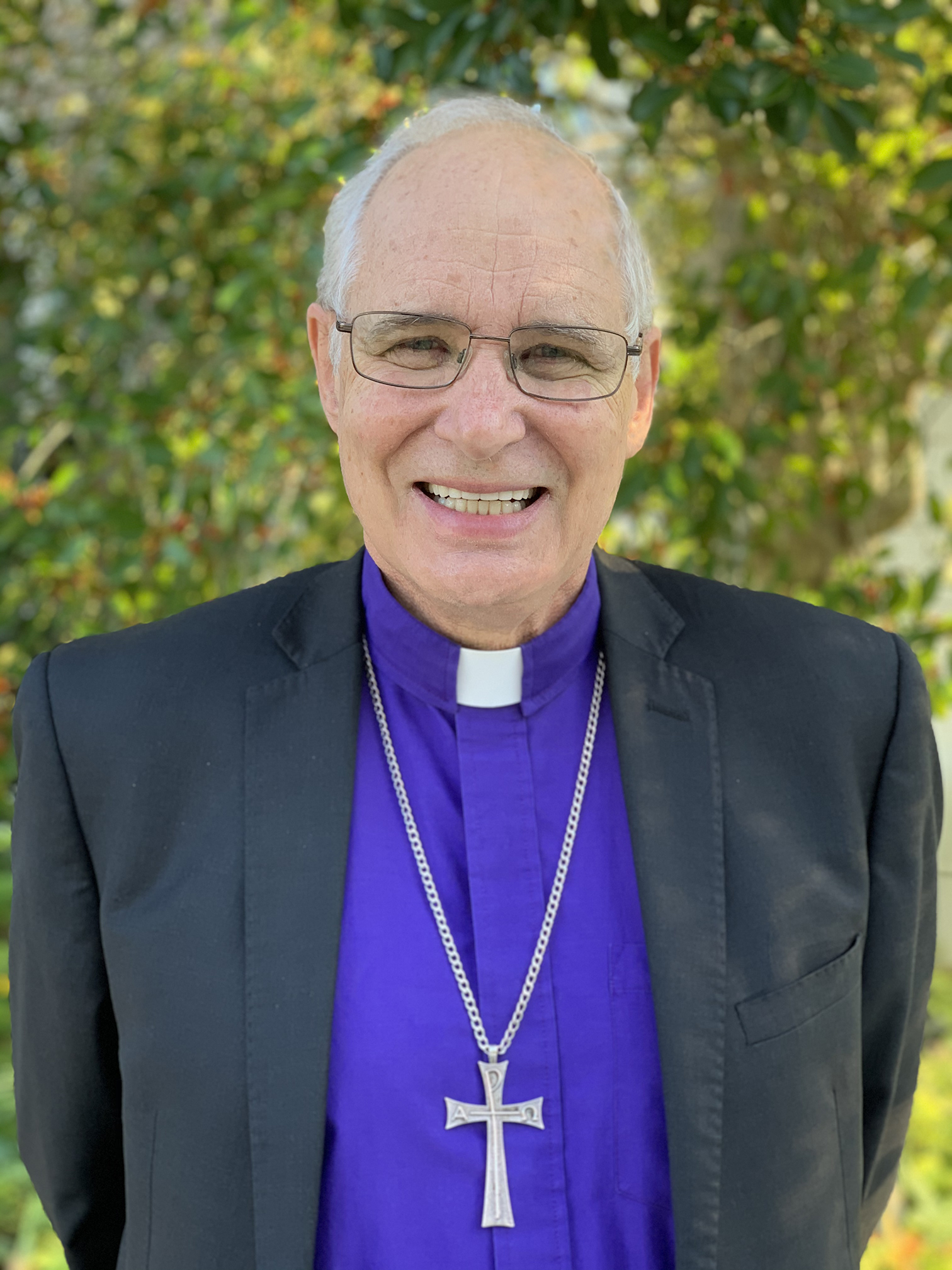 Bishop Lebhar is the first Bishop of the Gulf Atlantic Diocese of the ACNA, since his consecration in 2010. Before then he served as Rector of Church of the Redeemer (also located in Jacksonville, Florida) beginning in 1988. His first call was at a church in New London, Connecticut. Then he served as Assistant Rector at Truro Church in Fairfax, Virginia, from 1979 until his call to Redeemer.

He received his B.A. from Princeton University in 1972 and holds Master's degrees from both Gordon-Conwell Theological Seminary (1976) and Virginia Theological Seminary (1978). He also served as vice-chairman of the Jacksonville Billy Graham Crusade in 2000. More recently he has been a part of the ACNA Catechism Task Force, joining J.I. Packer and others to create a new catechism for the 21st century, To Be a Christian: An Anglican Catechism.

He and his wife Marcia were married in 1971 and have led countless groups to study in the land of Israel. They have two daughters, a son, and five grandchildren. They also have a foster daughter with three children.

Learn more about our Bishop:
GulfAtlanticDiocese.org/Bishop-Neil-Lebhar

Gulf Atlantic Diocese of the ACNA

Our diocese is led by Bishop Lebhar, an elected Standing Committee of three clergy and three lay members, and a Diocesan Council with a total of fifteen members. The diocese has more than forty member congregations in Alabama, Florida, Georgia, and Mississippi, with more than 100 clergy members (both active and retired). The mission of our diocese: To Encourage Missional Initiatives and Planting of Congregations; To Strengthen Existing Parishes and Ministries; To Identify, Train and Deploy Missional Leaders.

Learn more about our diocese:
GulfAtlanticDiocese.org

The ACNA unites 134,000 Anglicans in 1,062 congregations across the United States, Canada, and Mexico into a single Church. Members of the ACNA are historically in the mainstream of Christianity—the biblically-faithful way of following Jesus and being part of the “One Holy Catholic and Apostolic Church.” As Anglicans, our orthodoxy is defined by our church’s classic formularies—the Book of Common Prayer, including the Ordinal, and the Thirty-Nine Articles—which all point back to the authority of the Holy Bible and articulate foundational principles of the Anglican tradition throughout the world. We wholeheartedly embrace the Jerusalem Declaration, the founding declaration of the Global Fellowship of Confessing Anglicans.

Learn more about our denomination:
AnglicanChurch.net

The GAFCON movement is a global family of authentic Anglicans standing together to retain and restore the Bible to the heart of the Anglican Communion. Our mission is to guard the unchanging, transforming Gospel of Jesus Christ and to proclaim Him to the world. We are founded on the Bible, bound together by the Jerusalem Statement and Declaration of 2008, and led by a Primates Council, which represents the majority of the world’s Anglicans.

GAFCON works to guard and proclaim the unchanging, transforming Gospel through biblically faithful preaching and teaching which frees our churches to make disciples by clear and certain witness to Jesus Christ in all the world.

Learn more about our global family:
About GAFCON